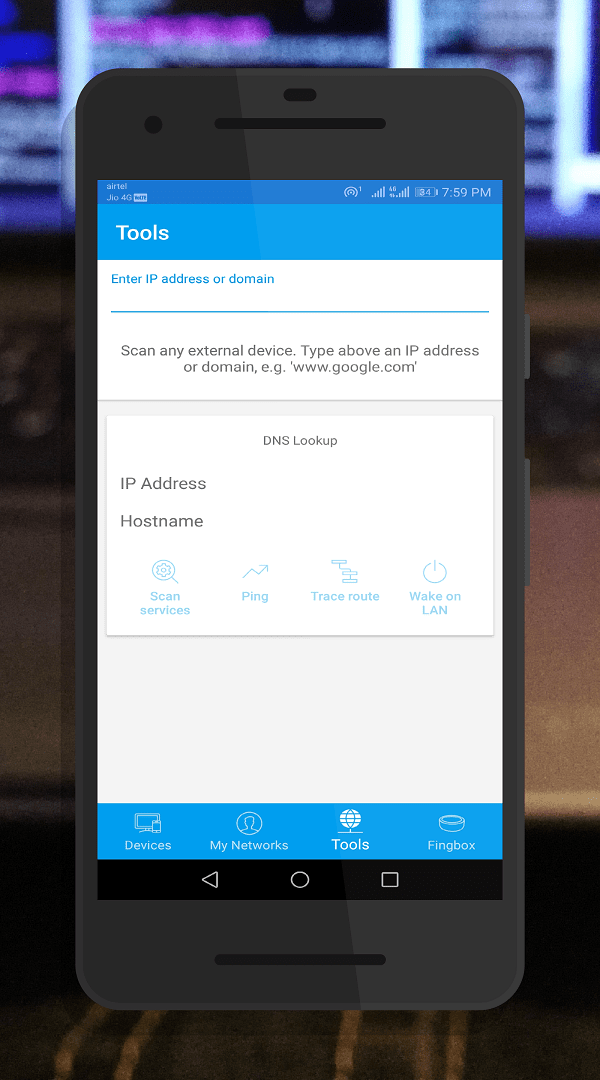 dSploit is a penetration testing suite for the android operating system. This little android hacker app is capable of performing network security assessments on wireless networks. It basically allow you to perform several tasks such as network mapping, vulnerability scanning, password cracking, and one of the most powerful attack man-in-the-middle attack. Before using dSploit make sure your android device is rooted and it has ARM cpu.

zAnti is a penetration testing toolkit that allows you to perform multiple malicious attack on a network. You can use this tool to change device’s mac-address, create malicious WiFi hotspot, exploit routers, audit passwords, create and run HTTP server on your android device, scan a device for open ports, peform man-in-the-middle attack and check the device for shellshock and SSL poodle vulnerability etc. zAnti is not available on the Google Playstore. You will have to download this hacker app from its official website.

cSploit is a tool you can use on rooted android devices. cSploit is designed to be very powerful application that you can use to test network security by the means ot Met sploit daemon and other very powerful tools. This hacker app also has the ability to find the hidden wife networks.

Termux is a Terminal emulator which provides you Linux environment on android. It allows you to install packages from extensive Linux repositories. Termite uses APT for package management. You can install almost all the required penetration testing tools that comes pre-loaded in Kali Linux such as nmap, metasploit. You don’t even need to have root access on your device in order to get this hacker app to work. Termux is available on the Google Play Store.

Lucky patcher is an android based hacker app which allows you to upgrade other free apps to paid version without paying anything. This app requires you to have root privileges on your device. It allows you to remove ads from the free version of the apps, also it can remove licensing from the apps. It also has the capability to remove inbuilt applications from android that come pre-installed on your android device. Lucky patcher is not available on Google Play Store. You can google the term “Lucky patcher apk” and easily download it from any third party website.

A lot of the times when the number of WiFi user increases the amount of bandwidth distributed across all those users decreases. In such scenario you can use app called WiFi Kill which allows you to kick users from WiFi network that you are using. You can disconnect all the users at once or you can remove them selectively one by one.

Faceniff is a useful hacker app that allows you to hijack Facebook login session over the WiFi network. It requires root privileges to work. It is very easy to use. You just launch it from your android menu and start listing on your WiFi network. As a trial version it only supports 3 Facebook profiles. You can buy full version of this app to get full access to all the features.

AnroRAT is a combination of two words – Android and RAT(Remote Access Tool). This tool allows you to control an android phone remotely using a computer. You can retrieve almost any information from the target android device like contact information, call logs, messages, sending messages, location info etc. This android app runs as a service after the boot so the user doesn’t need to interact with the service. The server connection between you and target device can be triggered via a call or an SMS.

As the name suggests, Fing is a network scanner app that scans the network for devices which are connected to the internet, map the devices currently on the network and locate security risks. It comes with pre-loaded network tools.

USB Cleaver is capable of stealing information from a target Windows PC. It can recover password hashes, LSA secrets, IP information etc. The best thing about USB Cleaver is that it can run silently without modifying the system or sending network traffic. It stores all of this information into a log file that is located on your SD card.

Did you find these hacker apps useful? Use them and if you have any question feel free to ask us in the comment section, we usually reply within 12 hours.

PostgreSQL vs MySQL performance. How to choose.