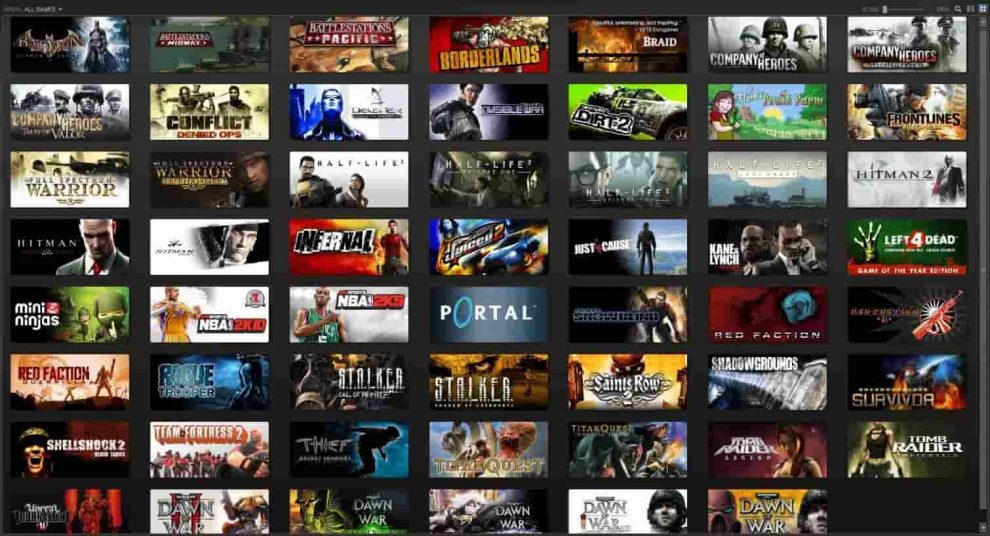 Note: You can click on the pictures below to get directed to the respective Steam pages of the games.

Top 10 best steam games that are available on Linux

Mount and Blade: Warband is an medieval action role-playing game developed by TaleWorlds. It is a stand-alone expansion pack for the original Mount and Blade. It was released for Linux on July 10, 2014 through Steam. The main inclusion to the game were multi-player capability, the introduction of a sixth faction, Sarranid Sultanate, and the reorganization of the over-world map. It has almost 50,000 ‘overwhelmingly positive’ reviews on Steam currently. Its recent reviews are also overwhemingly positive. Its safe to say that it has stood the test of time.

At number 9 comes probably the best zombie co-op game ever made, Left 4 Dead 2. This co-operative action horror first-person shooter takes you and your buddies through the cities, swamps and cemeteries of the Deep South America, from Savannah to New Orleans. It has over 116,000 positive reviews. Built on Source Engine, this game still looks and plays great as is the case with other older Valve titles. The Linux version of Left 4 Dead 2 was released on May 3, 2013. Among so many bad zombie games, this game is one of the top 10 highest rated steam games.

Euro Truck Simulator 2 is one of the best vehicle simulation games. As the name suggests, the player can drive a collection of trucks across a depiction of Europe to pickup and deliver cargo. As the game progresses, it is possible for the player to buy more vehicles, depots, and hire other drivers to work for them. 96% out of 94000 reviews for it are positive. The game has sold over 4.5 million units on steam as of 2017. Many DLCs have also been released for the game, with the latest one being released in December, 2017. Over 5 million copies of this game has been sold on Steam.

Stardew Valley is an indie farming simulation RPG. It was developed by Eric “ConcernedApe” Barone. In this game you take control of a character that after getting bored of his desk-job decides to take over his grandfather’s farm in a place called Stardew Valley. The player manages his character’s time and energy as they clear land, plant crops, craft stuff, sell stuff, mine ores and other social activities. It is an open-ended game. If you want a game to just relax and don’t want to think and stress too much, this is the game for you. 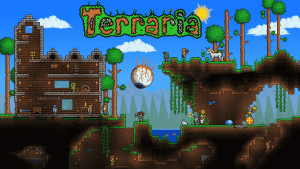 Often compared to Minecraft, and called by many as 2D Minecraft, Terraria is a action-adventure sandbox. Although it has all the things you can do in Minecraft but in 2D, but it has its own soul. There is nothing impossible in this game. Even after 1000 hours in the game, you’ll still be surprised by new things. The amount of content in this game is astounding. Terraria is still available for a few dollars on the Steam store.

5. The Binding of Issac: Rebirth

At 5 comes my favorite game on this list – The Binding of Issac. It is a roguelike designed by Super Meat Boy fame Ed McMillen. Rebirth is a remake of The Binding of Issac original game which ran on flash. In this game you start with no items. Every run lasts for anywhere from 1 minute to 2 hours. There are over 500 items in this game. I have over 350 hours in this game, and I still run into new items. These items give Issac special powers, from laser tears to flying demon. You can even shit bombs with an item. As you can see the possibilities are endless and there are synergies too. Buy this game right now, you’ll not regret it. Trust me.

Portal is a puzzle-adventure game developed by Valve. Almost everyone has played Portal by now. If you’re a gamer, you have to at least once play this game. The player solves puzzles using a portal gun, which creates 1-2 portals in the level. There is not much story, but it doesn’t need one. It was one of the most innovative games when it came out, and it is still one today.

Counter-Strike or often referred to as CS 1.6 is a first person shooter developed by Valve. It is the classic Counter-Strike experience and was released in 1999. This game can run on any computer or laptop. Even after 19 years, there are still community servers running. It often finds a place in the top 25 games played on steam. As is the case with every Counter-Strike game, it is easy to learn but hard to master. That’s why it is one of the best steam games.

Factorio is a Real-Time strategy game. The game follows a man who crash-landed on an alien planet and must find resources and create and manage a factory to build a rocket. There is an infinite 2D-world. You also have to protect the factory from the creatures native to the planet. There is also a multiplayer mode available for the game, and it makes the game even more fun. There is endless content in this game. Disclaimer: This game is addictive.

When it is a count of best steam games Portal 1 comes on top.The second installment in the Portal series, Portal 2 fixes everything that was wrong with Portal and adds new mechanics and things to the portal experience. It is an improvement to Portal in every way, all the while adding new things like an amazing and well-written story, new ways to solve puzzles, online co-op, workshop levels etc. If Portal was 10/10, then this game breaks the scale, it is that good. There’s nothing more that I can say about this game, you just have to buy and give it a try. The best game ever.

Click here for PPSSPP games on your android device.